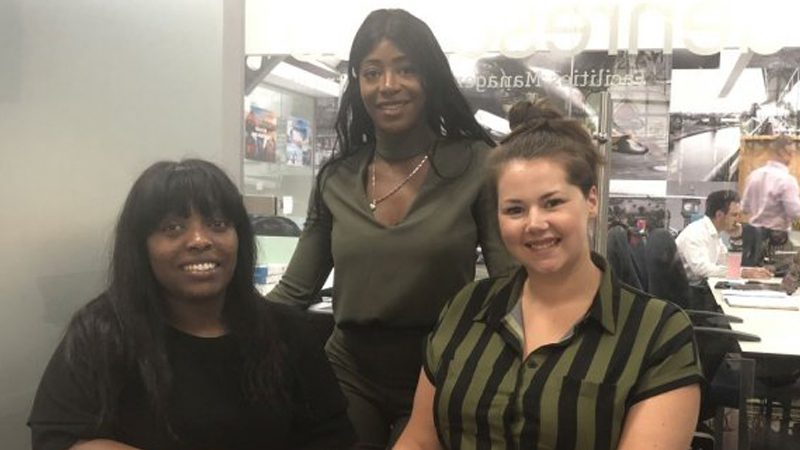 Marston Green-based Facilities Management recruitment agency Boden Group partnered with St Basils after they took part in the Christmas Jumper Day fundraiser last December and their Managing Director, James Fitzpatrick, decided he would like to donate the money to St Basils who his family had previously volunteered with. St Basils Business and Communities Executive Sian Dhillon visited their offices to collect the money and spoke to staff about all the other ways they could get involved in the work of St Basils. As a result, Boden Group met with Partnerships and Progression Officer Kash Munroe (pictured above centre) and have since been involved in offering their expertise pro bono with CV and Interview skills workshops and mock interviews. These have been running on a regular basis at St Basils supported accommodation schemes in Redditch, Small Health and Acocks Green.

Two members of staff who have both been involved in running the workshops are Marketing Executive Sherrel Solomon (below left) and Talent Manager Katie O’Cleary (below right).

Q. How did you find conducting the CV workshops?

Marketing Executive Sherrel Solomon said: “It was really good. It was hard work though, some of the young people seemed quite detached so it was just about trying to draw them out of themselves. But there was one who was all over it! He was really eager, asking loads of questions and scribbling down lots of notes. So it was good to see that he was getting so much out of it”.

Talent Manager Katie O’Cleary said: “Really good by the end of the session. It’s all about building the young people’s confidence; I went to the Acocks Green one at the mother and baby project, and they were really concerned saying ‘am I going to be attractive to employers, I’ve got nothing on my CV, I’m a full-time mum, what can I do?’ and it was just about stripping it back, and saying to them ‘where did you go to school, what did you study, what hobbies do you like’… so it was just really about trying to change their mindset, towards the end of the session, it was really nice to see that it was working.”

Sherrel added: “Some of the young men we were talking to had done little bits of work here and there, various 2-week work experience placements but they didn’t know how to communicate what they’d gained from it until we really sat down and said ‘so what did you do on a day to day basis?’ and then when we put it down on paper, suddenly they had a whole load of things to write about. They just didn’t know how to put it into words….It was good to get them to understand that there are things that they’ve done that are relevant and will help them get a job”

Q. What were your expectations coming into it?

Katie said: “There can be a perception of ‘homeless people’ that they don’t look after themselves and they tend to be not very nice people. Personally I think this is because in theory the only people you meet that you know are definitely homeless are people on the streets and in the back of your mind you’ve always got that image, but I know now that St Basils pick up young people before they get to that point, and I’m sure a lot of companies out there wouldn’t realise that. Honestly, the young people we’ve met at St Basils, have just been so friendly and talkative, and the majority just wanting to get the most out of us being there.

Q. Would you recommend doing the CV workshops to other companies?

Katie said: Yes I would definitely recommend other companies to get involved with St Basils. Our employees have really enjoyed the employability programs, as they become streamlined in their day to day job they can forget about the other skills they are learning whilst working at Boden, therefore It was good for them to share the knowledge that they’ve built up in their career with someone else just starting out, and be able to utilise their skills in other contexts. It was also good for our employees to be able to share their own career stories especially the less conventional ones who haven’t got a degree or the best qualifications but since they have been working hard they have been able to have a career and climb up the career ladder. Personally I think it’s useful for the young people who have left school with no qualifications to hear that if you really do try, degree or no degree you can still be in the same position and do well”.

Sherrel said: “I think getting more companies involved will really add value for the young people too, to know that it’s not just a recruiter telling them something, but an actual company that might be able to tie them in with the jobs that they have and offer them something direct. I think the more the young people hear the same advice from other companies the more they’ll realise what the world out there could hold for them and that they do have a chance.”

Sherrel added: “I think it will really help the young people as well to meet with someone who believes they can do it. As from what I understand a lot of young people come to St Basils having been in situations where they didn’t have anyone who believed in them or they didn’t have anyone they could trust. Having St Basils staff as well as these companies and individuals coming in and supporting them and showing them the way, I think will really help with their confidence so they can really go after their goals.”

St Basils are always looking for companies who are willing to offer their expertise through CV workshops, Interview skills workshops and mock interviews as well as potentially offering work experience placements to our young people. If your company can help please email Kash via [email protected] or call mobile: 07850 310994. 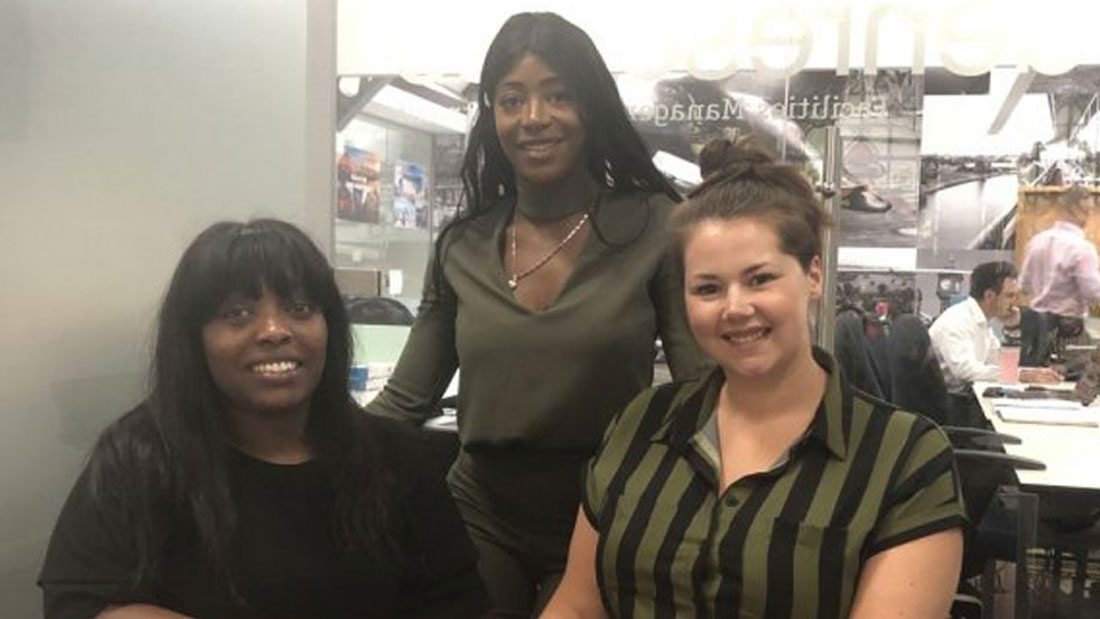